Recently, Maura Mendoza, a parent liaison, reminded a child as he went out the door at dismissal, "Tell your mom what you did at school today...you play, you read, you sing..."
He interrupted her at that point saying, "We don't sing!"
Now Maura knows that teachers are using music with children and that they go to music class once a week.  But the child's response made her think about children's perception of what "counts" as singing at school.

The next day she brought her acoustic guitar and visited five classrooms during "choice time." After that children were singing a long the hallways, during drop-off and dismissal time and of course every time they saw her at school!
This led to continue her project - "Music Mondays" - a once a month 20 minute session right after preschool dismissal at 1:45. There were sign ups with a flyer and sign up sheet. 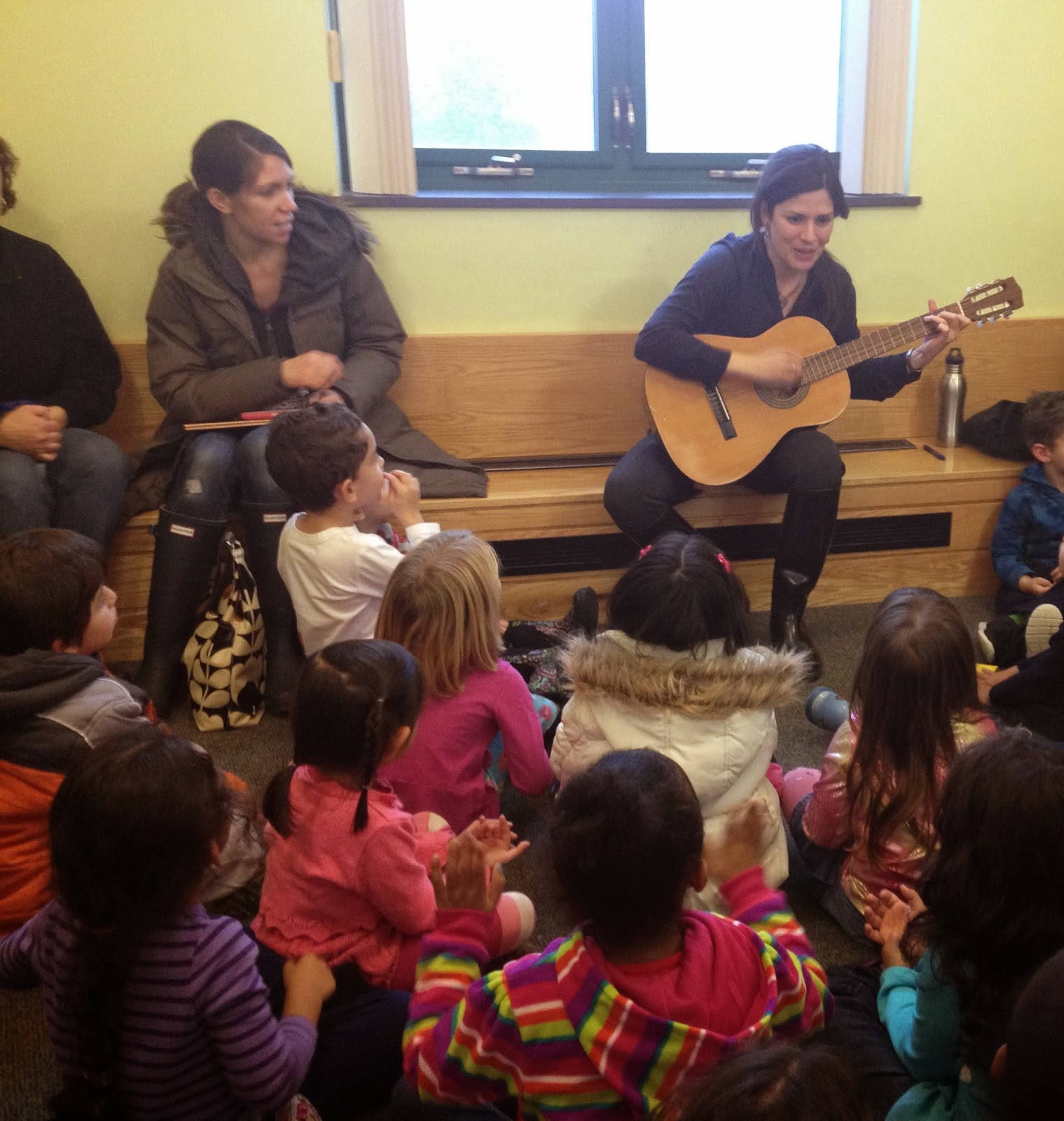 About 30 families signed up and over 40 families ultimately came, lured in by the music and obvious event happening.
What Maura found is that not only do children love singing but their families joined right in once they learned the words. Important here is that Maura sang songs that were in children's home languages or had "nonsense" words that were easy to learn and where you really couldn't make a mistake. For example, songs like Ram, Sam, Sam (which I learned as Rum, Sum, Sum) have many versions and can easily be adapted.

Singing in front of other people can be anxiety producing, especially if you are not confident as a singer. But you know what?  The children are not music critics - they really just want to sing, belt it out, join their voices with yours.  So singing in your own voice is actually crucial to song learning, song sharing, and skill building.  When you use your own voice you can adapt, slow things down, speed them up, stop and explain.  CDs are great for learning songs but are no substitute for our own voices.
Music also has other benefits:


When children sing every day at school they will sing at home, and parents will want to learn the songs too. Also, ask parents to teach you songs in a child's home language. Consider sending home words or links to YouTube videos or even make a CD of the children singing that parents can play at home so everyone can sing together.  And parents can share the songs they sang when they were children - your kids will love them!


The Importance of Singing to Your Baby


Posted by Lisa Kuh, Director of Early Education at 6:42 PM No comments: